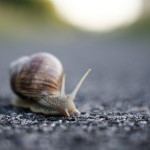 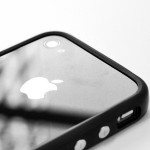 Now, what a title for a blog relaunch.

Though my blog is supposed to have a few rants, I rarely have the feeling that I have to get on it to complain about something.

Today however, I witnessed the most stupid business decision ever.

I happened to provide search engine optimization services for a plastic surgeon living a few miles just outside of Boston, Massachusetts. My customer was not very internet-savvy and she was used to delegating internet related tasks to other people. Her own website was in fact made by one of her patients clients at the beginning of this millennium. So this former client even paid for her domain registration fees and they had the domain registered through Godaddy. Can you see where this is going? Yes, right, I have been there done that too many times: she lost contact with the person who registered the domain for her, the person in turn forgot to renew the domain and whoops, the website was offline. That alone is bad, especially when you consider Godaddy’s horrible customer support. What made it even worse was that she had a Google ad campaign running at that time and google delivered tons of ads that lead… yes, straight to internet nirvana.

Eventually, she noticed that she was paying for an ad campaign, but didn’t get any new referrals. The weeks after this incident were a nightmare. Godaddy was ridiculously slow and unwilling in helping her to get the domain name back online (were they hoping to collect the redemption fees?). Google punished her domain name so badly that she lost her pagerank, but she couldn’t even run new ad campaigns without having to pay a minimum of $10 per click. In 9 years of search engine marketing and optimization, I have never witnessed something like that.

So once the domain name was finally renewed, we moved it to our registration service for her. I ended up spending hours of my free time on the phone with Google support (they were totally clueless by the way, which clearly opposes the image we have of Google as the search engine giant that hires the most brilliant people in the industry), as I felt bad for the client, even though none of this was really our fault. In the end, someone from Google suggested that we register an alternative domain name for the client and start over from scratch with that name, as the old name was going to be punished for a few more months and there was nothing they could do for us.

A few months later, after we brought her websites to the top 10 worldwide Google search results with white hat SEO techniques for some of her important keywords, she decided that she would like to move on to another service provider. I looked at the work they were doing and I’d say they are passing the line between white hat and black hat SEO. Today we were informed that this new service provider is going to “take over the domain registration” and guess where she is going to have her domain name registered again?

Don't miss my new posts
If you sign up to my newsletter, I will send you an email next time I publish a post.

Born in 1975. I grew up in Germany and spent a few years in Austin, Texas, my second home away from home. I hold a Master's degree in Political Science and Linguistics.

Recommend to a friend

© 2002-2015 by sascha.us. All rights reserved.
Share This
×
Subscribe to my newsletter!
As a newsletter subscriber you'll be the first to: 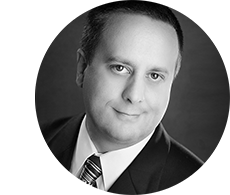