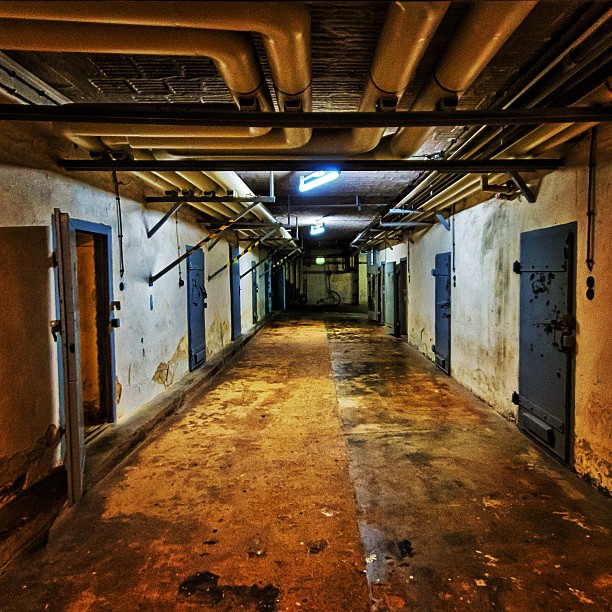 I am sorry if this photo is disturbing. I happened to be in Berlin again last week for a conference on Open Government Data by Fraunhofer Fokus. On my second day in Berlin I finally went to see the Hohenschönhausen Memorial, which used to be the main prison of the former Stasi. It was a very disturbing visit. This photo was taken in the basement of the original building where the Soviet and then East German authorities used chinese water torture and physical violence. Several thousand people were killed down there. It is still surreal to think about how I attended a conference on Open Government Data and then the next day I saw this scary place that could not even be found on a map 25 years ago, because it was classified as top secret.