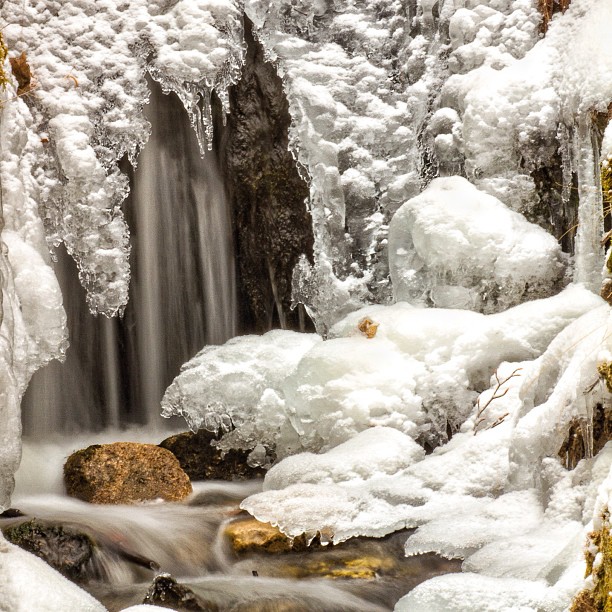 Before I post another photo of the abandoned house Nimrod, I have a little story to share.
I took this photo of a little waterfall in Bad Königswart (Lázně Kynžvart) in the Czech Republic and used my Canon 7D on a Tripod for the long exposure shot.
So while I was putting up my equipment, a lady came by and asked me harshly why I wanted to take a photo of this place. I told her, I wanted to take the photo, because it would look beautiful with a long exposure of the flowing water in a winter nature scene and it would show off the beauty of this place. The lady was stunned. She was scared I would take a photo of a piece of rubbish that was lying around. It didn’t even occur to me to do that. So after I was done with my long exposure photos (I took several and it took a while), I went to the building where she was coming from. I went inside and asked to see her. It turned out she was the manager.
I showed her the photo and she was so excited and asked me to get a copy of it so she could frame it.
I told her: “If you’re ashamed of rubbish lying around, then take care of it and don’t try to prohibit photos of it. You were so focused on the rubbish that you totally ignored the beauty of nature that could be found next to it.”
She looked dumbfounded and pointed me to the door.